By QuizMantra August 11, 2012
The Logo Quiz is dedicated to all the Logo and Quizzing enthusiasts across the world. This week's theme is Airlines. All the logos of this week's quiz are of / from Airlines worldwide.

1. Guess the logo?
Hint:It is the largest low-cost carrier in the United States, and is headquartered in Dallas, Texas. The airline was established in 1967, adopting its current name in 1971.

2. Guess the logo?
Hint:It is an all-cargo airline based in Chennai, India. It also has an in-house maintenance capability and provides aircraft maintenance and engineering support to other airlines.

3. Guess the logo?
Hint:It is a private, low-cost airline based in Gurgaon, Haryana, India. It commences operations in August 2006. As of March 2012 it is the only airline in India making profits.

4. Guess the logo?
Hint:It is a major United States airline headquartered in Atlanta, Georgia, in the United States. The airline's hub at Hartsfield-Jackson Atlanta International Airport is the world's busiest airport by passenger traffic and number of landings and takeoffs.

6. Guess the logo?
Hint:It is the French flag carrier headquartered in Tremblay-en-France and a founding member of the SkyTeam global airline alliance.

7. Guess the logo?
Hint:It is the largest Indian airline based out of Mumbai, Maharashtra. Its main hub is Mumbai, with secondary hubs at Delhi, Kolkata, Chennai, Cochin, Ahmedabad, and Bengaluru. In July 2012, it officially sought government approval to join Star Alliance. 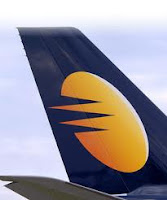 9. Guess the logo?
Hint:It is a United States-based airline (though the brainchild of British entrepreneur Sir Richard Branson) that began service on August 8, 2007.

10. Guess the logo?
Hint:Its head office is in Andheri (East), Mumbai and Registered Office in UB City, Bangalore. It is also the sponsor of F1 racing outfit, Force India.

11. Guess the logo?
Hint:It is the flag carrier of Germany and the largest airline in Europe in terms of overall passengers carried and fleet size. 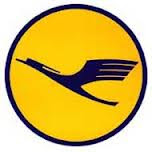 12. Guess the logo?
Hint:It is a charter airline headquartered at Zurich Airport, Kloten, Switzerland. The company's name derives from the Swiss unofficial national flower, which is also painted on the airplanes. 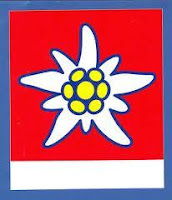 13. Guess the logo?
Hint:It is a low-cost airline headquartered in Chennai, India currently owned by Billionaire Kalanithi Maran. It began service in May 2005 and by 2008, it was India's second-largest low-cost airline in terms of market share.

14. Guess the logo?
Hint:It is the flag carrier airline of the United Kingdom, based in Waterside, near its main hub at London Heathrow Airport.

15. Guess the logo?
Hint:Formed in 1988, it is the national flag carrier and largest airline of Thailand. It is a founding member of the Star Alliance.

Popular posts from this blog

By QuizMantra August 08, 2012
1. Which of the following is considered to be poor e-mail etiquette? [A]Have a proper sign off: Regards, Sincerely, etc. [B]Responding to messages as soon as possible [C]Using different colors/fonts/formatting to emphasize certain words [D]Keeping the message personal 2. What should be the tone of a professional email message? [A]Formal [B]Casual [C]Formal with slight usage of slangs [D]Conversational 3. What is the purpose of the BCc field? [A]To send copies of business e-mail to coworkers without the knowledge of boss [B]To respect contact's privacy [C]To keep e-mail looking clean [D]To send copies to anyone you want 4. What is the best way to send a very large attachment? [A]Compress the file (zip it up) [B]Send it first thing in the morning so that person can look into it with fresh mind [C]Send it only during weekend when traffic is low [D]Compress the file, then ask first when would be the best time to e-mail it 5. What is Flame? [A]A post or email message that exhibi
Post a Comment
Read more

By QuizMantra August 14, 2017
1. Krishna Janmashtami is an annual Hindu festival that celebrates the birth of Krishna, the ____________ avatar of Vishnu. [A]Sixth [B]Seventh [C]Eighth [D]Ninth 2. Krishna was the son of? [A]Devaki [B]Vasudeva [C]Kansa [D]A & B 3. Janmashtami is an important festival particularly to which tradition of Hinduism? [A]Shaivism [B]Shaktism [C]Smartism [D]Vaishnavism 4. Which festival is celebrated every August/September, the day after Krishna Janmashtami mainly in Maharashtra? [A]Makhan Handi [B]Dahi Handi [C]Ghee Handi [D]Mitti Handi 5. In which city Bhagwan Krishna was born? [A]Dwarka [B]Vrindavan [C]Mathura [D]Kurukshetra 6. Janmashtami or Sri Krishna Jayanti celebrates the birthday of Krishna. It is also known by which name in Maharashtra and South India? [A]Gokulashtami [B]Bal Ashtami [C]Krishna Ashtami [D]Nandashtami 7. Fiji's Janmastami celebrations last for eight days, leading up to the eighth day, the day Krishna was born. Janmastami in Fiji is known as [A]G
4 comments
Read more